Why on Earth are You Not Trained in EMDR? EMDR should be mandatory across all mental health fields where therapy is administered. Why? Let me tell you a story.

I am in the unique position of being a psychologist and patient. In my work over the past 25 years, I was the therapist in town who the parents of a dead child would come to see to recover from such a loss. I have treated about a dozen sets of these parents over the years. Most were treated and back to their life in three months. After the first EMDR session, relief starts to occur immediately. The first time I used EMDR in a situation like this, I too had my doubts and wasn’t sure it would work. These people have the most intense grief of anyone on the planet. Well, it worked. Like magic, it worked better than I could ever imagine. One client said, “I feel bad that I don’t feel bad.” That is a problem that has to be navigated—a surprising problem to have–feeling too good.

As a patient, my healthy, successful, beautiful, full-of-life 31-year-old son died in an accident on August 1, 2022. I received my first and only EMDR session on August 11, 2022, and after that session, I taught an advanced EMDR course that very weekend, August 13-14, 2022. I cried two or three times after that session, primarily while teaching that course. I may need another EMDR session, but overall, I am getting on with my life as my son would want me to do after only one EMDR session.

Now, if I went to see a therapist who thought talking about my son was what I needed, that would have been torture bordering on negligence. When EMDR is available where you do not have to talk, but rather you are free to sob while being stimulated in silence as you are being healed, healed at the speed of thought, why on Earth would you not choose that method? Why on Earth would you, as the therapist, not want to be trained so you can quickly, efficiently, and permanently reduce this deep human suffering?

Besides, there is no reason to talk. I do not need to talk about my son to a therapist. I have been doing nothing but talking about him since we got the news of his death. How does talking to a therapist help? It doesn’t! It should be considered malpractice to insist someone talk about the death of a child only to be sent home to continue suffering. I could not imagine how horrible I would feel right now if I went to see a therapist to talk, and that’s all we did. Oh my God, the suffering would never end. Before EMDR I wanted to jump out of my skin. The pain is so unbearable it cannot be described and in 40 minutes 80% of it was gone.

During my EMDR session, I wept for 40 minutes, and then it subsided, and that was it. No more ruminating, no more tears; it was over. EMDR allowed me to breathe again. In the session, there may have been 50 words spoken between me and the therapist. EMDR works in silence; the less the therapist says, the better. The self-healing power of EMDR is no joke. It has the power of a lightning bolt to heal just about any human distress, even the death of a child. It can’t bring my son back, but it gave me my life back in 60 minutes.

No one believes this. Therapists think this is just a big lie, more fake news. EMDR is that weird thing where you wave your hand back and forth. Think what you want. Make excuses. It cost too much. I don’t have time. Fine, let your clients suffer unnecessarily for all those lame reasons. My son’s dead. The fact that I could type those three words and not fall to pieces is a tribute to the power of EMDR therapy. What on Earth are you waiting for? 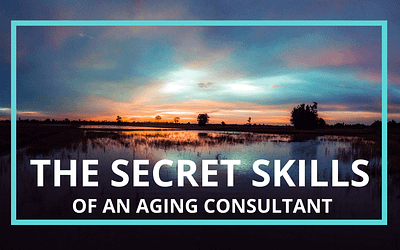 The Secret Skills of an Aging Consultant

There is much written about supervision. There is the responsibility each party agrees to. Clear boundaries are discussed, and there are rules and regulations to follow. Keeping ethical standards is of course the highest priority.  No one much talks about the...

Some of you have read my book, Unburdening Souls at the Speed of Thought and some of you know me as trainees, consultees or colleagues. If you have not read my book, there is a character I talk about throughout; it is my dear friend of 62 years, my friend John. In the...